RUSH: I have a story here from the Associated Press. "CDC Considers Loosening Guidelines For Some Exposed To Virus -- The Centers for Disease Control and Prevention is considering changing its guidelines for self-isolation to make it easier for those who have been exposed to someone with the coronavirus to return to work if they are without symptoms." So meaning if the CDC can prove that you have some kind of immunity, they're thinking of letting you out.

"The public health agency, in conjunction with the White House coronavirus task force, is considering an announcement as soon as Wednesday, Vice President Mike Pence said. Under the proposed guidance, people who are exposed to someone infected would be allowed back on the job if they have no symptoms, test their temperature twice a day and wear a face mask, said a person familiar with the proposal under consideration. The person was not authorized to publicly discuss the draft because it had not been finalized and described the proposal on the condition of anonymity.

"The new policy is aimed in particular at workers in critical jobs. But it also comes as the Trump administration is eyeing what it calls a 'stabilization' in infection rates and looks toward rolling back some of the restrictive social distancing guidelines and restarting the stalled economy."

RUSH: Just saw a link on Drudge. I didn't have a chance to click on it yet. Ivanka Trump is gonna lead the administration's small business recovery efforts. So they're thinking about it. They're working on it. It's all a good sign.

RUSH: Grab audio sound bite number 8. 'Cause I asked the staff here to give me their wild guess on when we reopen the economy, and I didn't specify fully. I just said, "When does this change?

"When do we start letting some people go back to work?" and the general consensus among the scientists here at EIB is the end of this month, sometime in May. Well, I have for you here a media montage, various leftists and their projections. This is from Sunday, Monday, Tuesday, and this morning...

JACKIE SPEIER: Maybe in 18 months. But before then, we have got to be very careful about putting people in large groups together. I think it would be reckless.

THOMAS L. FRIEDMAN: Could be 18 months, maybe at best.

MICHAEL OSTERHOLM: We could be in the first inning of a nine-inning game. We've got 18 or more months left.

ZEKE EMANUEL: COVID-19 will be here for the next 18 months or more. We cannot return to normal until there's a vaccine. Conferences, concerts, sporting events, religious services, dinner in a restaurant, none of that will resume. 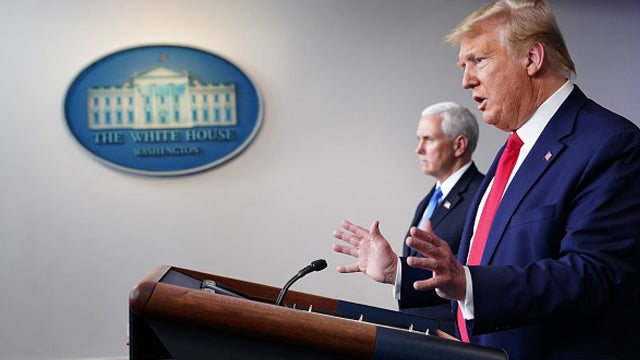 RUSH: There you have it. That was Ezekiel Emanuel on the tail end of the sound bite. So you see, somebody throws out (like Fauci), "We're gonna have a vaccine in 18 months," and every liberal dutifully follows in line. Not a single curiosity among them, not a single divergent thought among them.

Everybody's gonna have to find a way to get paid by or compensated by the government. This can't go on for 18 months. There's no way -- except that it can. Anything can happen. I know people who think this is gonna go on until December. After the election, after the Democrats beat Trump, we will magically reopen.

If this goes on throughout the summer and then in the fall, I'm gonna really curious to see what the American people's reaction to it is. Now, the White House is obviously gearing up to get some people back to work. Ivanka Trump is gonna headline the small business task force or whatever it's being called.

Let me see... It's the Small Business Recovery Effort. So let's see. What do we have? (interruption) You have a question for me? What's...? What is it? (interruption) Well, you see, I'm glad you asked me that. Mr. Snerdley says, "Okay, after everybody gets their (ahem) $1,200 check, what do these people expect people to live on?"

That's exactly the question. Where is the empathy? The grocery stores are open. Yeah, you're gonna buy food with what? The pharmacies are open. Yeah, you're gonna get your prescriptions filled with what? How are you gonna fill up your car to get to these places that are still open? Now, every one of these people talking about 18 months, I guarantee you is gonna get paid for 18 months.

I guess it's the central thing that bothers me. I don't know how these people expect everybody to just survive for -- and I'll guarantee you this. Fauci and these people, they've been honest. They've told us. I will guarantee you Birx, Fauci, they're not thinking next month. There is no way, folks.

These people are thinking months and months down the road. They've told us. They've telegraphed it. Vaccine. They're not thinking next month. So Mnuchin. Grab sound bite number 9. Sound bite number 9, Stephen Mnuchin, and this was his comment about all this. 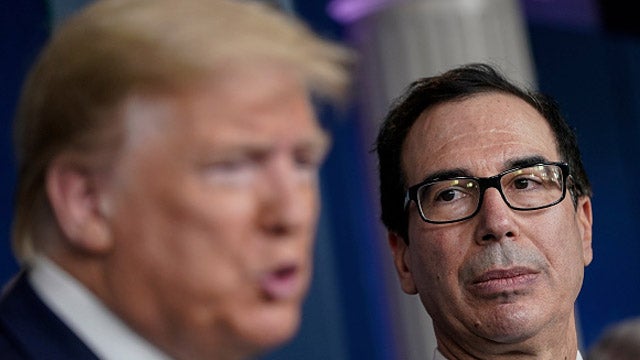 Well, yeah, I know the Democrats have guaranteed that benefits will extend for as long as it takes. Benefits! Is that what it's gonna be, life is gonna be your benefits now? Everybody's gonna be... The only thing open, the only thing this country's gonna be is the United States government and the people who get their benefits? I'll tell you something.

That is a wet dream of leftists and Democrats. They would love that if that's what this economy was: The United States government and you get your benefits, and then they'll nationalize as much as they can -- the grocery stores, the airlines, you name it. Governor Cuomo today said, "There is no going back.

RUSH: Ladies and gentlemen, I want to return to something I said mere moments ago. I said, if this doesn't end, then this country is gonna be one thing. The federal government. That's all it's gonna be. Well, there's a caveat to this. The federal government can print money, as we so widely know. But you know what? The states cannot. The states cannot go print dollars. They cannot start their own currencies. They can't do anything.

The federal government and Fauci and Birx can sit here all day long and talk about their vaunted social distancing and so forth. We got 50 states out there who cannot survive 18 months of this. They can't print money. They can't start passing out benefits. The federal government can, but the states can't. And many states have balanced budget amendments. It's a constitutional thing. There's all kinds of things at work here. 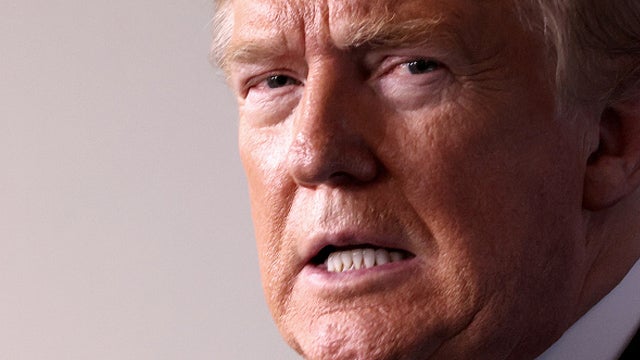 "Well, the states are in charge of that. We're passing this responsibility on to states, federalism here." Trump's trying to explain it to 'em. All right. Fine. You like federalism, then go and tell the states, open up. You put the onus on the governors if you want to, but you're not gonna have to because somebody somewhere -- it isn't gonna take long, some governor is gonna say, "You know what? We need to put people back to work. We're running out of money. We don't have any money." The only way the state government gets money is taxes. And I don't think that Bill Gates and Buffett are gonna run around making donations to the states. So we will see.